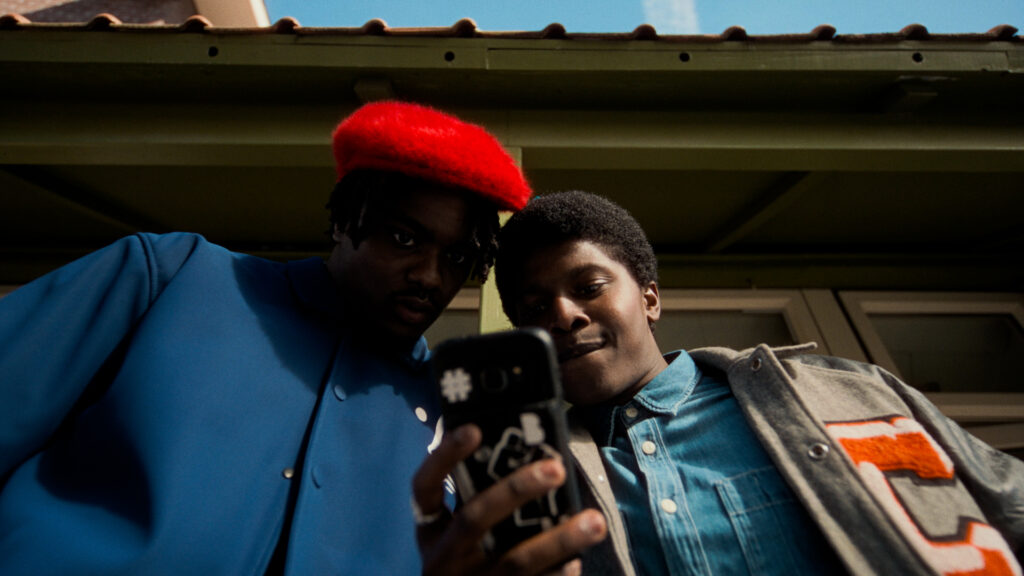 Koeriers is an online drama series with a good dose of humor. It is short, but powerfull and funny. In a running time of about fifteen minutes, writer Manju Reijmer and director Safi Graauw (who is making his fictional debut with this) manage to take the viewer into the world of couriers and a pizzeria that is in danger of going bankrupt. The cast consists for the most part of talented debuting actors who bring their characters to life with visible pleasure. And that’s a treat to watch.

The series also manages to criticize the many micro-aggressions with which people (can) have to deal with color in a clever and subtle, but also sharp way. For example, Winston turns down a job – to which he was invited under a white-sounding name – on the phone with his ‘white people’s voice’, Jeffrey is asked if he doesn’t also sell something other (drugs) than just pizza, and is the problem of hyper sexualization of black bodies is anything but innocently portrayed. Koeriers is the first series by a Dutch public broadcaster in which the main characters are (Dutch) people of color. That in itself is special and worth mentioning, but of course it shouldn’t. Chrisje Comvalius says in the behind the scenes that she has never been so busy in the 54 years that she has been an actress. And that illustrates precisely that there is too little diversity in Dutch (television and fiction) productions. But: this is a step in the right direction and will certainly attract a younger and perhaps new audience for the KRO-NCRV.