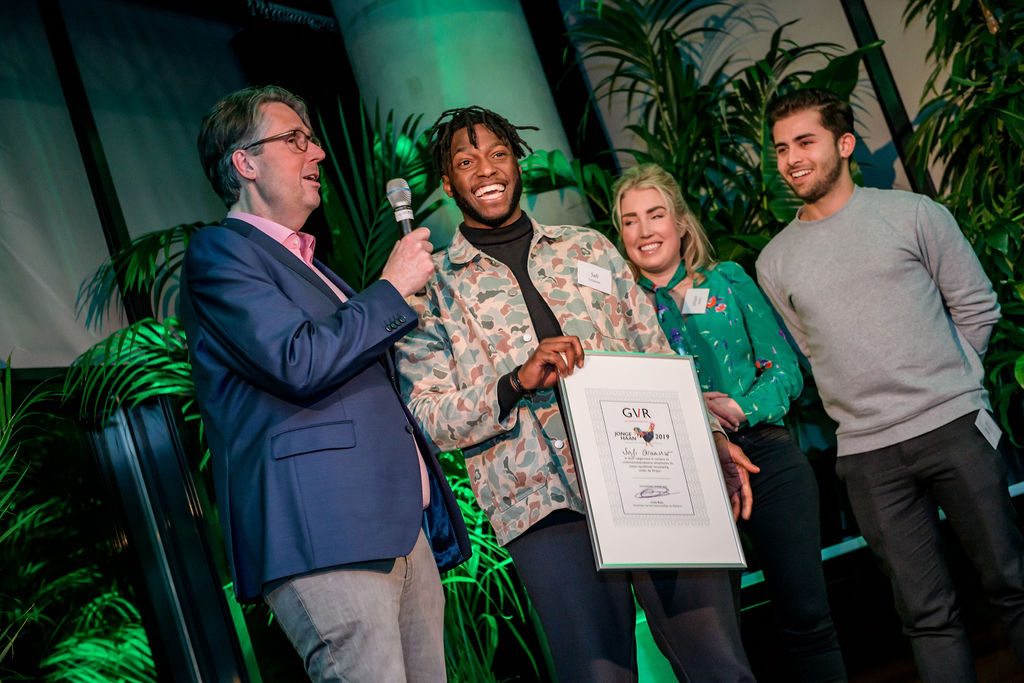 The Advertising Society (GVR) announced the winners of the awards for the most striking appearances in the trade at Talpa Network last night during the Hanen Dinner. The society awards three prizes each year, for the Jonge Haan, the most striking talent under 30, the Coq d’Honneur, someone who has this year the most noticed for his or her contribution to the subject and the Coq de Grand Honneur, an Oeuvre prize.

The Coq de Grande Honneur where for:

The three winners of the Coq d’Honneur where for:

The winner of the “Jonge haan”

De Jonge Haan goes to Safi Graauw Three people were nominated for the Young Cocks. They have to present themselves each while explaining why she added the most value to the profession. After extensive discussion between the members of the society, Safi Graauw won convincingly from Jolique Möller and Deniz Alkaç.

Jury: Safi Graauw (30) has a background in the earth sciences and is a filmmaker. In addition, he is the founder of creative platform Cavemen. With its unique combination of earth sciences; and his sense of style, aesthetics and story has moved many people into film projects for organizations like Justdiggit. His work was nominated at the Wildlife Film Festival and he won the My Hero International Film Festival in California. By interweaving environmental-centric content in a strong, innovative and narrative image, he creates a unique bridge between man and earth in his own unique way. ‘